ON BIRTHDAYS, SPELL CHECK, AND THE REAL ORIGINS OF TECHNOLOGY

Assuming that I don’t get hit by a car, a bus, or a wayward asteroid careening toward the Earth, I’ll likely celebrate my sixtieth birthday in a few days.
Sixty years of age!
No one is more shocked at this development than I am. A life lived scoffing at the notion of moderation 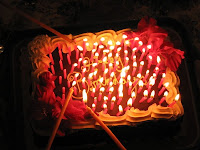 in almost everything, punctuated by lengthy bouts of overindulgence will cause one to eventually accept the idea of limited mortality. (I have it on good authority that the employees in my doctor’s office have been making wagers as to whether or not I’d ever make it to sixty. The good authority is Dr. Goodman himself, who says that he stands to loose big on my birthday. When considering the fact that I had lived this long given my proclivity for wretched excess, the word he used was “astonishing”. One of the other culprits in Goodman's office confessed that this on-going bet about my mortality was really a “double-down” of the bet that they had made regarding my prospects of making it to the age of fifty. Sons-of -bitches!) 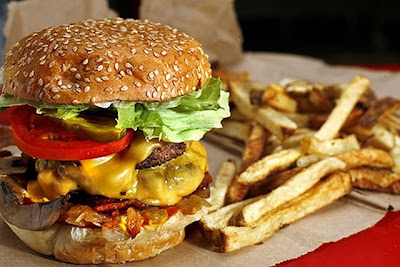 jumping off the south rim of the Grand Canyon, running with the bulls at Pamplona or maybe by eating the 12,000,000 calorie, triple-decker bacon-cheeseburger combo at Burger Billy’s. You’d think that a guy turning sixty would be more level headed and celebrate the occasion by doing something by a bit more sedate. However cheating death has become a way of life for me. I have run just in front of the brides-to-be at Filene’s annual bridal gown sale. And just last summer, I even yelled “I Love OBAMA” at a large gathering of old, white, ornery, and presumably armed conservative talk show hosts.

Despite my desire to engage in a death-defying activity on my sixtieth birthday, I am nothing if not a realist about the fact that I am aging. Never mind what those glossy, overpriced glamour magazines on the n 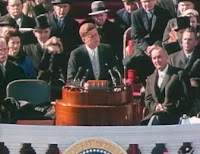 ewsstands say, sixty is not the new forty. And since, in these recessionary times, the new retirement age in America has reportedly been pushed to at least 102, sixty is really the new 75. "Sixty" is also getting up and going to the bathroom at least a couple of times a night. "Sixty" is actually having seen John F. Kennedy and hearing him ask you to ask him“…what can I do for my country”, and being terrified that his answer was going to be “take your young dumb ass overseas and fight the Vietcong”. "Sixty" is also having the momentary inclination to smack some much younger person in the mouth for something stupid that they’ve said or done and then immediately realizing that you’d better not because that person can kick your butt. What’s worse, you realize that even people older than sixty can kick your butt. (Of course, in my case this has been true since I was 45.) "Sixty" is also dreaming about sleeping with Hallie Berry and being really concerned about whether or not she snores, because you really need your sleep.

I am happy to have arrived at this auspicious occasion with all of my original body parts and with most of them functioning (at least most of the time). And I am gratef 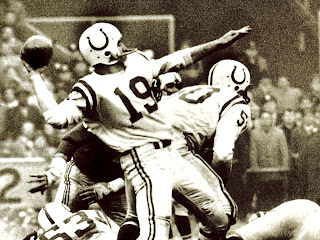 ul to have witnessed numerous history making moments too, including meeting Martin Luther King and to have witnessed iconic performances by Ali, Mays, Mantle, Aaron, Unitas, Jordan, The Temptations, Aretha, Ray Charles and also by the Jacksons, Michael and Bo. (Of course, I also must confess to have been around to witness the tragedy at Dealy Plaza, the Watergate mess, the subsequent resignation of Richard Nixon, and the wedding of Tiny Tim and Ms. Vickie. Even more tragic than Tiny Tim’s wedding, I have also seen a southpaw throwing catcher in baseball. Reader, with all due respects, I will tell you that the later is a sorry sight to the eye ...one that I, as a lifelong fan of the game, hope never to see again.)
Despite having been a witness to all of this artistry, I am not, however, one of those people about to enter their dotage who thinks that everything was better in their day. It wasn’t and don't let anyone tell you that it was. It wasn't. Believe me. For example, in my so called "day", there was no Teflon[1], there were no fax machines, no answering machines, and no microwave ovens. Pluto was still a planet, the "iPod" was a misspelled word; Windows© was something that was jumped out of in case a jealous husband came home unexpectedly; and cell phones were regular telephones with long cords that well connected prisoners and convicts had at Alcatraz.

Come to think of it, there wasn't any technology in my day. It ha 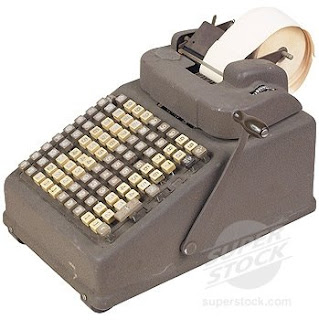 dn't been invented yet. In fact, "Technology"2 was actually invented on June 23, 1967 when a part-time janitor walking in the dark of night across the campus of the then Massachusetts Institute of Counting (i.e. MIC), and lugging one of those big, unwieldy adding machines, fell and dropped it, breaking it into ten much smaller pieces and thus invented the hand-held calculator. As best that anyone can recall, computers were invented about a week later when somebody else at the school connected an electric cord to the new hand-held calculator. Before computers people had to use an ancient device called a slide rule that required you also to carry also around a whole other human being---a personal assistant---- who also knew how to do this insane math that we called logarithms. Of course, for about twenty years after the invention of the computer, nobody but big companies like IBM, the company who actually manufactured computers ----- could ever afford them. The first computers were fast but they were also huge, the size of football stadiums. The personal computer was invented twenty years later by a couple of computer operators who also built "ships in a bottle" as a hobby. They were trying to build a miniature mainframe computer in a gallon jug. The rest is history.

Of course, the biggest issue of my day, was that other than Playboy centerfolds, women, especially the younger ones, were not as quick to take off all of their clothes and roll around with you as they seem to be nowadays. As I recall, this was the biggest issue of my adolescence and most every other red, blooded males of "my day"...but more on that in a later post.

Yep, despite the fact that I am turning sixty, things are definitely better now than they were years ago.

[1] Teflon actually was invented, by accident, in 1938, but it took “them” about 25 years to figure out how to get it to stick to frying pans....or anything else for that matter. For a long while, it just kept sliding off of everything.

(As an aside, I once knew a guy named Teflon Richardson. He was a guy that I played football with in junior high school. Teflon was originally a wide receiver. For some inexplicable reason, Teflon was really lousy at holding on to the football. The coach changed him to be a lineman. He was really fast but every ball just seemed to slide slid right off of his hands. I found out a few years ago that Teflon had grown up and become a politician and had deftly avoided scandal even after thirty years in office.)

2 Of course one of the reasons that there was no "technology" was that there was no spell check and most everybody had a hard time pronouncing words with more than three syllables let alone spelling them. How could you invent anything that you couldn’t at least spell or pronounce?
Posted by Will Cantrell at 10:30 AM