This month, we celebrate the birth of Gabriel Fahrenheit, the inventor of the thermometer. The Internet shows that he was born on May 14, 1686 and invented the first thermometer in 1724. (These facts come from one of those FREE Internet websites and thus, is extremely accurate to within a century or two.)

On the same day that he invented the thermometer, Mr. Fahrenheit also had to invent the wind chill factor as an accommodation to Mrs. Fahrenheit. She’d repeatedly nagged him throughout the day of his invention saying that “I don’t care what that damn thermometer says, its freezing. It feels like 19º. And put your coat on, you’re going to catch your death!”

By being the first to tell other people what the temperature was, Fahrenheit was also very likely the first weatherman. He was also undoubtedly the very first guy to stand outside in a hurricane holding on to a lamppost like grim death while the wind was howling at 7,000 miles an hour ---so that people on the inside could see how bad the weather really was. Of course, at that very same moment, at least a couple of those people on the inside were the very first people to invent the concept of secretly rooting for an apparently senseless weatherperson to be decapitated by a flying stop sign or to be bowled over by a large uprooted elm tree.

Legend has it that Fahrenheit invented the thermometer while playing with some matches and some mercury that just happened to be lying around. He noticed that, when heated, the mercury expanded evenly. Fahrenheit must’ve been bored stiff because setting stuff on fire is generally what guys do when there is nothing to do, there are matches available, and there is no porn around. You can also bet that Fahrenheit’s mother wasn't arond either ---or else it would have been years later before the thermometer was invented. I know this because when I was about eight (in the late 1950's) and in my efforts to invent the first thermometer that tasted good, I was stopped by my mother. “Boy, stop trying to light that toothpaste with those matches. That stuff costs money. What’s wrong with you? And besides you’re going to burn down the house.” My mother was always thwarting my scientific efforts. The woman didn’t care that I was trying to advance science by inventing the first thermometer encased in toothpaste or maybe even Tootsie Rolls. Some months 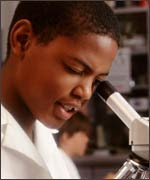 later, she was even less amused when she caught me trying to invent florescent milk so that me ---as well as millions of baby boomers all across America could eat cereal in the dark. (But not for her short sightedness, I could have revolutionized the dairy industry and changed the attitude of kids everywhere about eating everything that was on their plate.)

One of the things that I have learned is that very often some of your better inventions or discoveries were made totally by accident or as the result of some guy, like Ol Fahrenheit, just goofing around. This is how x-rays were discovered. Ditto for the microwave oven, as well as for silly putty. The greatest invention of the past several centuries, the drive thru window, was also invented by accident. You will note that the invention of the drive-thru and was necessary before anybody could even THINK of inventing hambu 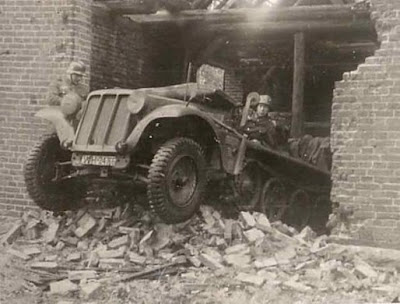 rgers, French fries, and soft drinks. It is also a little known fact but history also shows that dry cleaning could not be invented until after the discovery of drive thru window.

The very first STOP SIGN was also invented by the same guy and at the same time that he invented the first drive thru window. Of course, you can bet that his mother was nowhere around either.

By the way, I am still working on the invention of florescent milk. I’ll keep you posted.
Posted by Will Cantrell at 9:08 AM